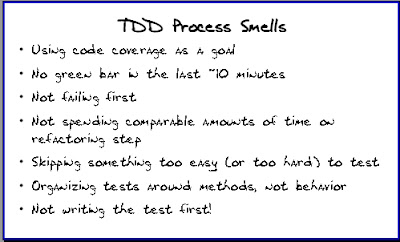 This list of "process smells" focuses on execution of the practice of test-driven development (TDD)--not on what the individual tests look like. There are no doubt dozens of similar smells; following the rule of 7 (+/- 2), I've chosen the smells I see most frequently.