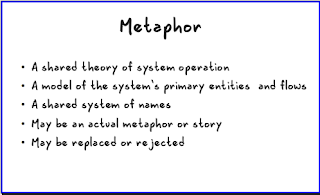 The point of the metaphor is that it is supposed to make it easier to think about and discuss the implementation of a system relative to its requirements. Having a metaphor can certainly aid in development of new features, especially in the early days of a software project.