Premature Passes: Why You Might Be Getting Green on Red 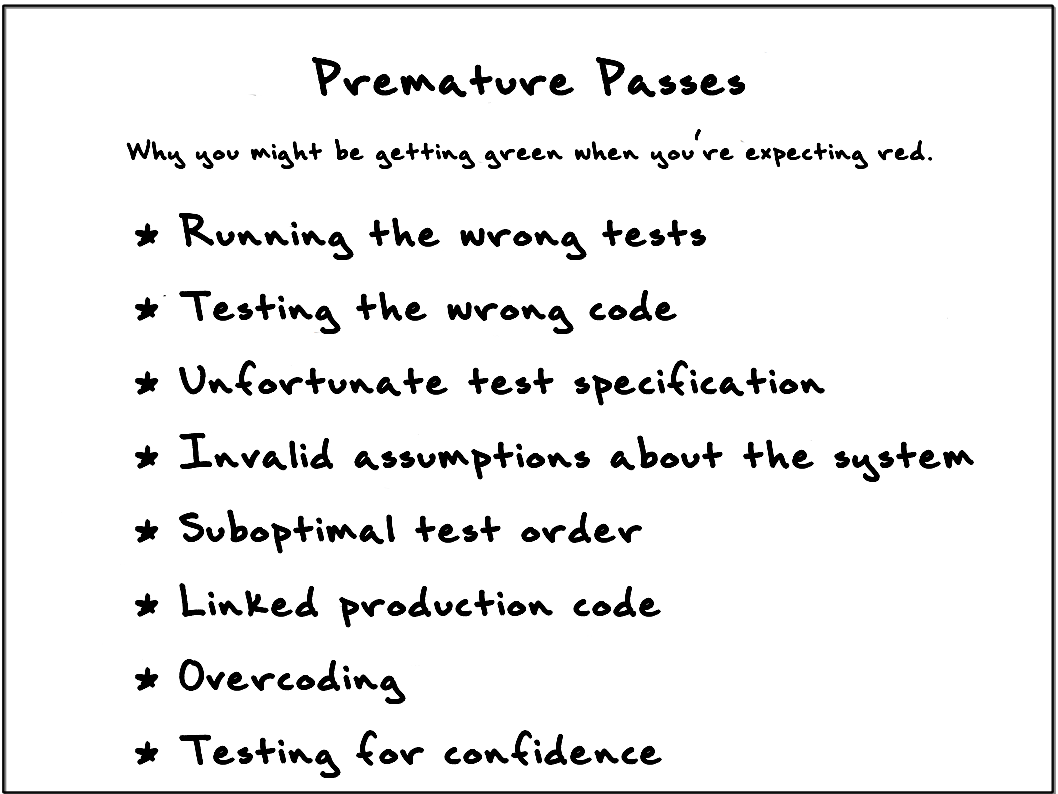 Red, green, refactor. The first step in the test-driven development (TDD) cycle is to ensure that your newly-written test fails before you try to write the code to make it pass. But why expend the effort and waste the time to run the tests? If you're following TDD, you write each new test for code that doesn't yet exist, and so it shouldn't pass. 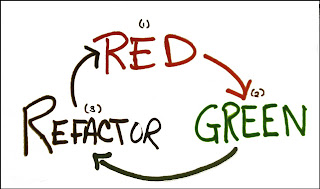 But reality says it will happen--you will undoubtedly get a green bar when you expect a red bar from time to time. (We call this occurrence a premature pass.) Understanding one of the many reasons why you got a premature pass might help save you precious time.
Two key things to remember: