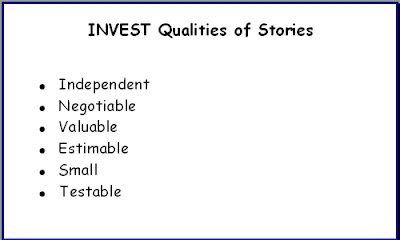 The original XP take on what made a good story was that it had to have business value, it had to be estimable, and it had to be testable. That might have made for a simpler and also appropriate acronym, VET. But the three newer elements (I, N, S) add considerable value in helping you shape a candidate story into a real story that can be accepted in an iteration.